Fog appears on the road.
A silence encompasses the land.
No past, no future, only present,
Only now, is at hand.

On the path are many travelers.
All traveling through time and space.
Floating along their pathless paths,
As pale shadows fill this place.

Walking, but not walking.
Clothed, but not clothed.
Smiling, but not smiling.
Dreams within a dream.

On the path are many travelers.
Coming to restore this sacred place.
Wielding staffs of silvern light,
To live again in grace.

Fog rises from the road.
A silence encompasses the land.
No past, no future, only present,
Only now, is at hand. 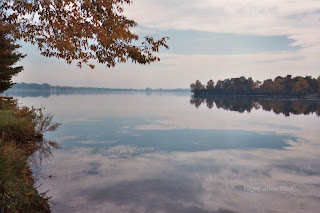 The tides of change are coming.

The planet rotates on it's axis.

You sip a cup of tea,

Whilst I rid the skies of lies.

The tides of change are coming.
Species dying every day.
Miley Cyrus gets a ticket.
As Meatloaf burns in the oven,
And I play the game to win it.

The tides of change are coming.
More mercury in Blue-fin Tuna.
As banksters fill with dread.
So, read that book Priscilla,
As I write for the Ungrateful Dead.

The tides of change are coming.
As the grids break down once again.
And it's time for Project Runway to end.
So, go grab a muffin Amanda,
And I'll have a sandwich of sand.

The tides of change are coming.
Doesn't matter what one wants.
The battle is close at hand.
So listen to wind and water,
For it's happening across the land.

The tides of change are here!

The planet careens in it's orbit.

You sip a bottle of water,

Whilst I travel to the Isle in the Skye.

Once again you have a poetic triplet
composed of an image, poem and video. 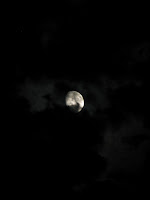 Celestial light
As the Sun enters Libra,
A quarter moon
That's made of silver.

Autumnal Equinox
Of stories told,
How energy balances
For those with souls.

Ride the wind,
Ride the waves,
Ride the vibrations
In Autumn's only chariot.

Note: Once again this is a poetic triplet,
consisting of an image, poem, and video presentation.

Insidious deception
Lies behind the tainted smiles,
And winks and nods
Of fetid humans,
Who haven't a clue
As to what being human means.

Takers, rapers, pillagers all,
Who've taken their ill gotten goods
To faraway lands, yet,
Pretend to support democracy,
Whilst taking from the poor
And giving to the rich.

Bastards, Sons of Satan,
Luciferian proteges,
Enemies of the people,
Who pirouette and curtsy
To an ignoble nobility,
With questionable credentials.

What a bunch of crap slingers!
Where's Louis XV?
Still living in DC I presume?
Time for a Cromwell
To kick all the oligarchs
Out on their ass!

Insidious deception
Lies behind the tainted smiles,
And winks and nods,
Of fetid humans,
Who haven't a clue
As to what being human means.

Note: This is in poetic triplet form. As you view,
please take all three parts into consideration.

Why is it that humankind never, ever learns?

Insidious deception
Lies behind the smiles,
And winks and nods
Of fake humans,
Who don't have a clue
As to what being human means.

Takers, rapers, pillagers all,
Who take their ill gotten goods
And hide them in other lands,
Yet, pretend to be pro democracy,
All the whilst taking from the poor
And giving to the rich.

Bastards, Sons of Satan,
Luciferian proteges,
Enemies of the people
Who pirouette and curtsy
To an ignoble nobility,
With questionable credentials.

What a bunch of crap slingers!
Where's Louis the XV?
Still living in DC I presume?
Time for a Cromwell
To kick all the oligarchs
Out on their ass!
Insidious deception
Lies behind the smiles,
And winks and nods
Of fake humans,
Who don't have a clue
As to what being human means.

Note: This is once again a triplet, composed
of an image, written composition, and video.

Hedges tells Bill Moyers. "It's the willingness on the part of people who seek personal enrichment to destroy other human beings...And because the mechanisms of governance can no longer control them, there is nothing now within the formal mechanisms of power to stop them from creating essentially a corporate oligarchic state."

Here is part of an interview Chris Hedges had with Bill Moyers on July, 21, 2012. Pause and consider.

The Earth is a beautiful planet with so many things to see, from its oceans, lakes, mountains, rivers and streams, landscapes, to it's four seasons. During my lifetime, I have been fortunate to travel to Asia, Europe, and several places in North America. I have seen some wonderful, and perhaps not so wonderful things in this world of ours.

As I have traveled, my perception of the world shifted and broadened, and I came to the awareness that everything is connected. I became aware that every man, woman, child, plant, animal, fish, et cetera, as well as the oceans, rivers, lakes, land and sky are all interconnected. Unfortunately, not a lot of people feel the same way as I do. Osho says that, "99.9% of people are either asleep or drunk."

I have said on occasion, "I feel I am the voice of one crying in the wilderness," and that "...if we don't all start working together, for the mutual benefit of all humankind and the planet, then we, as a species, as well as the planet, will suffer and cease to exist as we know it today."

Sadly, only a few have listened to my words, and many people have let them go in one ear and out the other. Society has become, for the most part, a self-absorbed superficial population, who may give lip-sevice to one thing or another, but that's about it.

Over the past several months, I have tried to encourage a message of cooperation, but what I have learned is, that people really have no sincere interest in working together for the mutual benefit of anyone else, or the planet. They are, oftentimes, self-centered and self-serving, and may 'talk the talk,' but don't 'walk the walk.'

It is said, "There are none so blind as those who will not see," and there is a lot of truth in those words. I found an interesting quote, a short while back, that goes along with all of this, and, interestingly, it comes from, believe it or not, Coronation Street, and that quote is, "We live in self-congratulatory times." That quote really says a lot about who we are as a society, and a people.

It may already be too late to change what humankind has done not only to itself, but the planet as well, I don't know. I have also written, that "...if things do not radically change quickly, Homo sapiens sapiens will go down, in history, as the most virulent species that has ever inhabited this planet. What other species maims, tortures, abuses, kills, wages ignorant wars based upon greed upon others of its own kind, and wrecks havoc upon the only planet it has to live upon? The worst thing about all of this is, that the majority of people have sat back, and allowed all of these atrocities to happen.

Oh, yes, there are a few who are, and have been, trying to change that, but the poison is already in our land, air, water, food and physical body.


"I am the voice of one crying in the wilderness."

How long
we sit and watch it!
Tell me why?
We can do,
We can do nothin'." Beissoul

Footnote: This blog was posted on July 20th. It is now some time since it went up, and as anyone can see, there has been minimal comment (pro or con) in regard to what has been presented in this article. That in itself is a 'big' message, and a significator that I am part of a malignant species that is not only destroying itself, but the very planet it lives on. Raise a glass to Homo sapiens moronus, the most 'self-centered' and 'oblivious' species to inhabit Planet Earth.
Posted by Chasing Tao at 8:25 AM 4 comments


Circle dancing.
Around you go
In egocentric circles.

Spinning ever onward,
As Mother Earth,
Speaks only of her woe.

Our fate is determined
By one another,
Yet, who will stop to bother?

Circle dancing.
Up and around,
In egocentric circles.

Seems that humankind
Will never learn,
Until its cities burn.

Circle dancing.
Forward then back,
In egocentric circles.

As the titan sinks,
You ignore the imploring,
Of children who need a drink.

Circle Dancing.
Around and around you go,
'Til you're lying in the snow!

The chastisement of pride.

A crowned and uncrowned man are
precipitated from the tower,
falling down with the rest of the debris.

The Tower is Falling

Chris Lynn Hedges is an American journalist, author,
and war correspondent specializing in American and
Middle Eastern politics and societies.


There are none so blind, or deaf,
as those who will not see or hear...

We've been dancing since time began,
And it's so very long ago,
That now we've forgotten.

We've forgotten who we are,
Simply, souls dancing,
Dancing through time and space.

We've forgotten we were
To be caretakers of this sacred place,
And keepers of divine grace.

Now, we must wake-up.
Wake-up soon, before it's too late,
And perhaps change our disastrous fate.

Sirens wail!
Lights are flashing!
No one heeds the call!

No one really cares.
Hypnotized from childhood.
Don't do that!
Do this!

Suck on a binky.
It's so soothing.
There's plastic in your blood.
Toxins in your soup.

Drink swill from the tap.
It's better for you.
It's full of fluoride.
Full of chemicals.

Learn to write.
Write some more.
Even though it's crap.
There's applause at the door.

Within your nest of thorns.
Don't come too close.
Don't dream in colour.
Don't explore creativity.

Just sit there.
Do the same old thing.
Day after day after day.
Do nothing for anyone else.

Limit yourself.
Limit your creativity.
Get rid of your paints.
Hide in your fracking tackle box.

No one heeds the call.
Lights are flashing.
Sirens wail.

We laughed as the sun went down,
Sang songs of a dying Earth,
And danced until the moon rose
For the very last time. RAB

The Earth is trembling.
The sky is moving sideways.
The oceans are flooding.
The fires making highways.

The Earth will open.
The sky will cry.
The ocean will cleanse.
The fire will purge.

There's a tempest rising.
I can feel it in my soul.

If we seek positive change in the world,
for ourselves and the planet, then WE must be the Change!

There are Oceans of Creativity.
There are Seas of Enchantment.
There are Lakes of Dreams.
There are pools of light beneath the Earth.

There are pools of light beneath the Earth.
There are Lakes of Dreams.
There are Seas of Enchantment.
There are Oceans of Creativity.

"It's written on walls of stone in starlight,
There is a path across the night..." Sally Oldfield
﻿
Posted by Chasing Tao at 9:52 PM 4 comments

This presention is in 'triplet' form.
It consists of an image/photograph, poem/prose, and video.
Enjoy, explore and consider its various apspects.

And behold I saw many signs and wonders in the heavens,
and in the earths!

I saw the many worlds of the galaxy, laid out before me,
and unreality, reflected from reality.

The mirror of my soul's lives were reflected in the mirror of the sky,
and at last, the inner me merged with the outer me.

Once again, I became as I am.