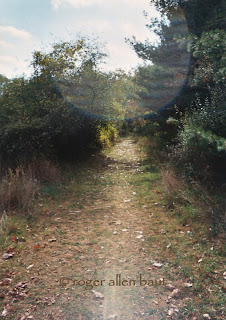 [Baut Images: Portal]
Just ahead of me now,
Along the path I travel,
Is a new world.

Where people work together,
For the benefit of each other,
And deception is unknown.

Just ahead of me now,
Lies the portal,
Time to step...
Roger Allen Baut
Posted by Chasing Tao at 2:15 PM 29 comments

There Are None So Blind II: The Debt Crisis w/Epitaph 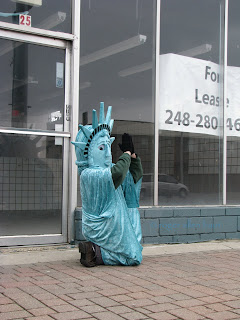 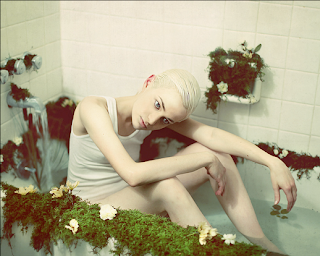 [Image: Rosie Hardy]
I see you smile.
But, I know,
Behind your smile are thoughts.
Thoughts you don't think I know.
Yet, I do.
I smile at you!

Requiem for One Stop Poetry 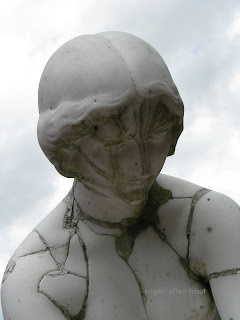 ODE
We are the music makers,
And we are the dreamers of dreams,
Wandering by lone sea breakers,
And sitting by desolate streams,--
World-losers and world-forsakers,
On whom the pale moon gleams:
Yet we are the movers and shakers,
Of the world for ever, it seems.


As I awoke this morning, I felt very motivated to write this blog about One Stop Poetry (OSP) since I had participated in some of it's activities; namely One Shot Wednesday and One Shoot Sunday. I had also been interviewed by Adam on one occasion, and with Chris on another, with some of my photographic images being shown, along with one image that was  used in the Sunday challenge. What a great and positive experience that was!


The following are some of my personal sentiments regarding OSP:

• One of my primary beliefs is that our species, if it is going to survive, is going to need to bring people together, and work for the mutual benefit of everyone. Our forefathers knew this, when they said, "United we stand, divided we fall."

• This, indeed, is what I saw in OSP. People working together for the benefit of all participants and co-founders alike. To me, OSP brought bright and talented individuals together and provided an online experience that addressed the several aspects of the Arts.

• It was absolutely amazing to see how these Arts were presented, and that presentation must have been pretty darn good to pull me in. Especially, since I'm one of those rather selective individuals about what I do, or participate in. I look for quality, and I do mean high quality, and OSP manifested that!

• Everything about OSP was a cut above anything else I had seen regarding the Arts. Pages, layout, graphics, images, Mr. Linky (methinks) for participants to link their sites to an activity, programming, et cetera, was literally TOP OF THE LINE! Whomever did all of this work (and I think I have an idea of who it was) certainly should have been given more than a Shorty; preferably an Emmy and a cash bonus in gold; not paper!

• As I participated with OSP, I became acquainted with, and was fortunate enough to interect with some very extraordinary artists and a few of the co-founders associated with it. I really enjoyed this intereaction, as visiting their sites expanded my insight into how some of them presented their work, and how they did things. I also appreciated comments that were made from other participants and co-founders, when I wrote a poem for one of the events. I found the comments to be a wonderful tool to help me take a second look at what I had written or presented.

• To Adam, Peter, Leslie, Brian and Claudia, Chris, Gay and Jessica, some of you I know a bit better than others. I want to say to each of you that I am sure your efforts with OSP have touched the minds, hearts and lives of more people than you can ever imagine; I know it did mine! And, in touching those lives you have made a difference in them, and I am certain it is a positive difference.

• So a BIG personal "Thank you," is in order to each one of you, for giving me the opportunity to encounter One Stop Poetry! The path each of us travels is often a "pathless path" whether we realize it or not, but that path takes all of us to the same place at journey's end.

• FINAL THOUGHT: The sad thing is, that I do not feel One Stop Poetry had to end when it did! I think there were some other dynamics involved that brought OSP to its conclusion. There were enough people involved who could have carried on the torch of OSP, even if some other individuals didn't want to. OSP could have continued bringing people together for the benefit of the Arts and people everywhere...Think about it...Did OSP really have to end so abruptly? And why does it seem that our species keeps doing this sort of thing to itself...over and over and over...But it is over...sad...Sayonara to One Stop Poetry. Perhaps Sayanora to Homo sapiens..."The moving finger writes, and then moves on." Kahlil Gibran.
"For each age is a dream that is dying,
Or one that is coming to birth."
Arthur O'Shaughnessy
Roger Allen Baut ☺
﻿
Posted by Chasing Tao at 2:47 PM 8 comments 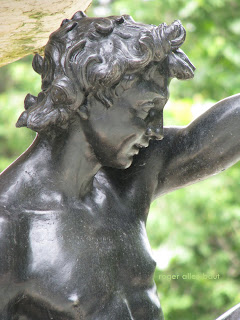 Quietude.
I see you sleeping.
Physically,
Yet, a traveler
In other lands;
In other realms.
Quietude.
A silence and peace surrounds you.
Angelic,
Yet, still human
With a dozen frailties;
Will a million perfections.
Quietude.
Your wisdom veiled by the ages.
Buddhic,
As you lie upon the lotus
Opening the incarnation;
Opening the kaleidoscoped eye.
Quietude.
The day awakens about you.
Light,
Filtering through gold-green leaves
Upon the warm broad meadow;
Upon the sunstained warrior.
Roger Allen Baut
Posted by Chasing Tao at 10:14 AM 12 comments 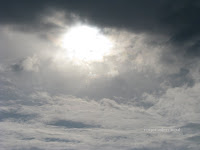 [Baut Images: Breaking Through]
Hopes and dreams, dreams and hopes,
Bundles of hopes and dreams,
Tied together with strings of aspiration!
Roger Allen Baut
Posted by Chasing Tao at 8:06 AM 13 comments

There Are None So Blind... 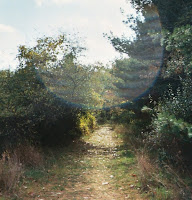 [Baut Images: Beyond the Visible]
There is an old saying that comes to mind, as I think about the latest eco-disaster in America, and that saying is "There are none so blind as those who will not see!" With the oil spill in the Yellowstone River, in Montana on July 3, 2011, courtesy of Exxon Mobil, we now have one more episode in a long list of environmental disasters, that is adding to the contamination of our land and bio-shere. For further information on this and other stories, please go to the following link http://www.projectworldawareness.com/
We have only to look about us, watch the evening news, or read the newspapers, to see that our planet is fast becoming more of a toxic dump every day. As a hiker and photographer I get to see many out of the way places, and believe me I am always surprised to see plastic bottles, papers, and refuse laying about in the most unexpected places. It's always hard for me to believe what other hikers, backpackers and "supposed" nature lovers leave behind. A sad statement about mankind.
What I do find really interesting, however, is the focus of the media, on how eco-disasters will be cleaned up, or how this or that will be done to remedy the situation. In reality, folks, there is no way, for anyone, to clean any of these messes up 100%!
It also surprises me how blithely people just go about their daily lives as if nothing has happened in the Gulf of Mexico, Kalamazoo River, fracking, the Fukushima nuclear disaster, et cetera, et cetera. Simply go on as if nothing has, or is happening in their world. We are at a nexus point where people have a great opportunity to stop all of this insanity and make our world a better place, or watch it desintegrate day by day before our eyes. John Major Jenkins has written, "The materialist delusion has run its course," which I hope is true, but it seems like it's still hanging on in Washington, D. C., and other major cities.
Some time ago, I watched a program based upon a book entitled, The World Without Us, by Alan Weisman, which addressed the idea, of what the world might be like, if mankind were suddenly no longer on the planet. I heartly recommend this book to anyone interested in our environment, and how the planet might correct itself without the intereference of mankind.
Homo sapiens has been contributing to the demise of our eco-system, and itself, for hundreds of years, but now with all the chemicals, pollutants, GMOs, radiation, weapons, carcinogins, and toxins it has developed, it is speeding up the process of changing the planet and itself in a negative way that may go on for many years. I sometimes wonder, if that's what occurred on the Planet Mars?
As I have written before, mankind, for the most part, is the only species I know of that not only maims, kills, poisons and tortures others of its own kind, as well as the flora and fauna of the planet it lives on. It almost seems as if our species is innately destructive.
Osho says, that "99.9% of the people living on the planet are either asleep or drunk," which might explain why we seem to be living in a Dark Age of intolerance, ignorance, bigotry, hate, and greed. A time when little is done to help the millions of homeless verterans, youth and families that abound. A time of apathy and uncaring. A time our forefathers might not have thought could ever occur, but in their wisdom said, "United we stand. Divided we fall."
One day, and hopefully soon, people will begin opening their eyes, and start working together for the benefit of everyone, and the old phrase, "There are none so blind, as those who will not see," will be a thing of the past!
Roger Allen Baut
Posted by Chasing Tao at 2:07 PM 3 comments